PHP’s initialization file, called php.ini, is responsible for configuring many of the aspects of PHP’s behavior.

To locate the php.ini file that your web server is using, run the built-in function phpinfo() in any .php file and note the value for Loaded Configuration File. 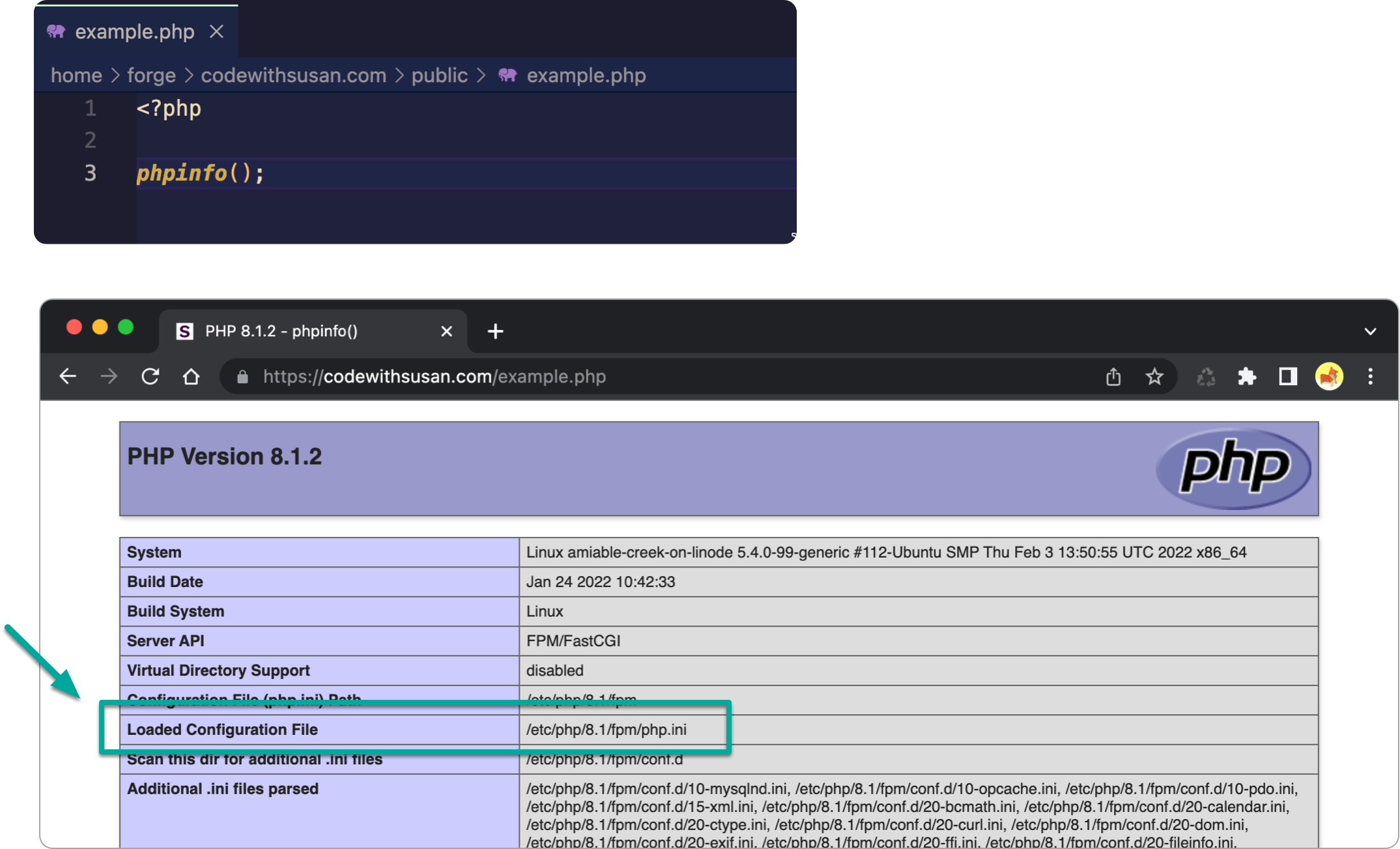 From the above example we see the php.ini file is located at /etc/php/8.1/fpm/php.ini.

If you’re working with PHP from command line, run the command php --ini to see what php.ini file is being used.

Below is an except from a php.ini file that configures PHP to display errors:

Observations about the above:

After making any changes to your php.ini file you need to prompt your server to recognize these changes. How you do this will depend on your server and its PHP handler, which is also reported in the output of phpinfo():

Below are a few different examples.

The above screenshot was taken from an Ubuntu server running Apache. The PHP handler is shown as Apache 2.0 Handler in the phpinfo() output.

In this scenario, I simply need to restart Apache with the following command for any changes to php.ini to take effect:

I have another Ubuntu server but it’s running Nginx and the PHP handler is FPM FastCGI. In this case, I need to run the following command to specifically reload the PHP handler. If you’re running a version of PHP different than 8.1 you should update the command accordingly.

I have a local server running via XAMPP. Like Example 1 above, it is also handling PHP via the Apache 2.0 handler, so I just need to restart the server which I can do via the XAMPP interface. 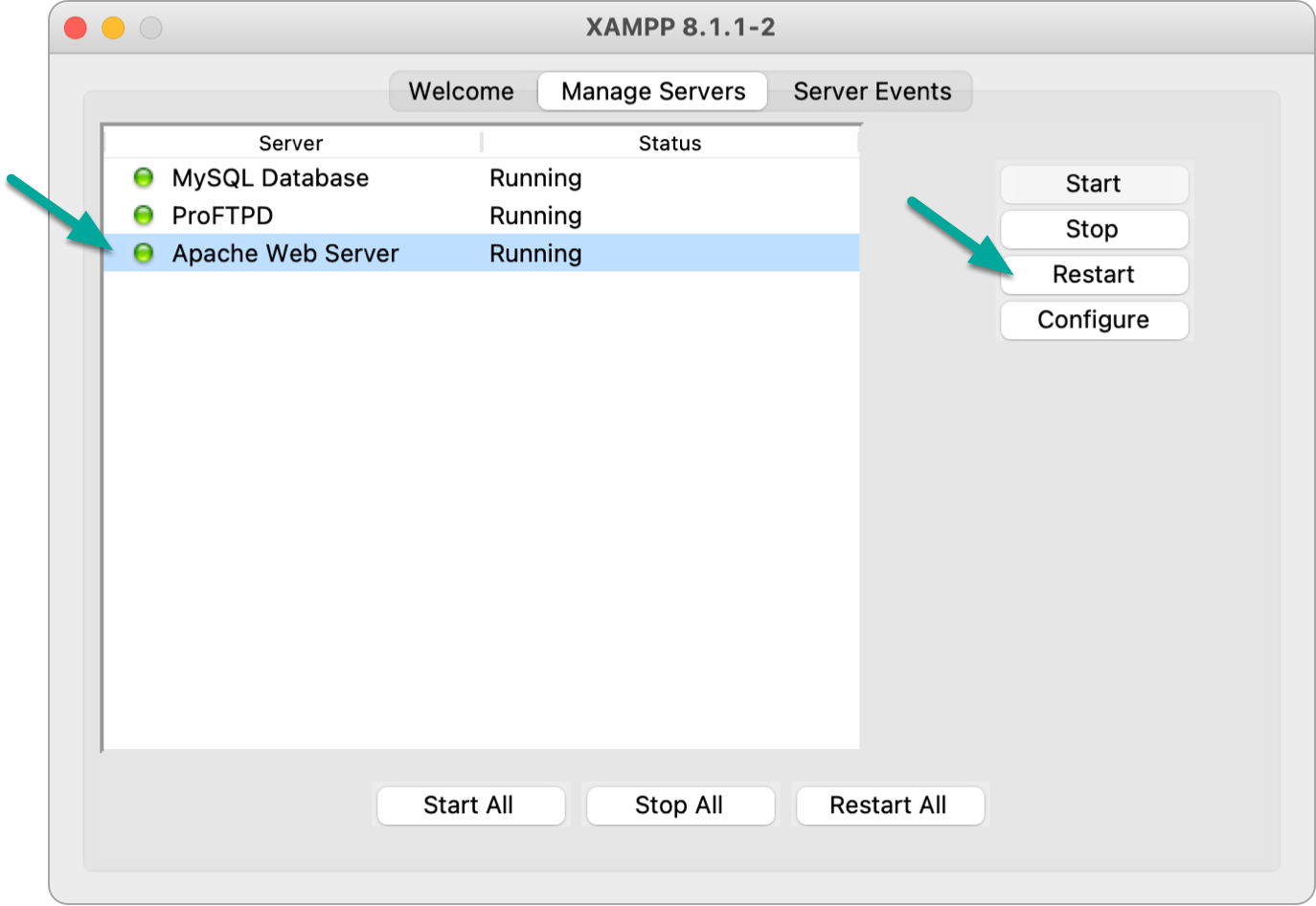