Creating a SSH key connection with a server

In this guide we’ll learn how to connect to a server using SSH key authentication. SSH keys provide a more secure and convenient way of logging into a server versus using a password. While a password can eventually be cracked with a brute force attack, SSH keys are nearly impossible to decipher by brute force alone.

In a nutshell, the way SSH keys work is you generate a key pair that consists of a private key and a public key. Each key contains a long line of encrypted text.

When you attempt a connection, the two keys are checked against one another and if they match up, the connection is authenticated. 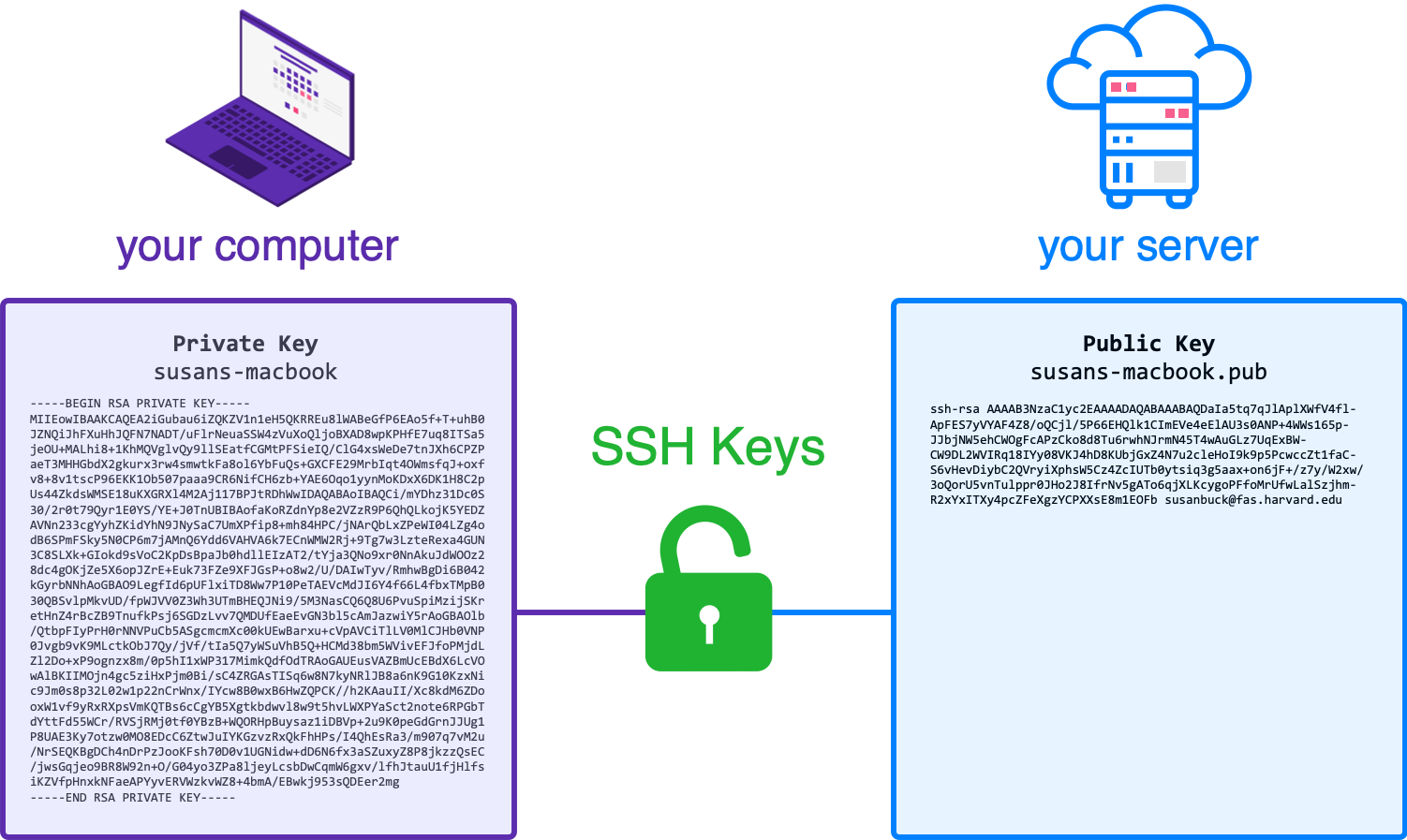 With the big idea behind us, let’s jump in - Step 1 is generating a new SSH key pair on your computer...

Via command line, move into the .ssh directory in your computer’s home directory:

If this directory does not exist, first create it (mkdir), then move into it:

Next, within the .ssh directory, run the following command to generate a new SSH key pair, replacing Susans-MacBook with some identifier for your computer.

When it asks you to “Enter file in which to save the key”, it’s asking you to name the key. If you leave it blank and hit enter, it will use the default name of id_rsa. In this example, I’ll opt to use a custom name, susans-macbook.

When it asks you to create a passphrase, leave it blank and hit enter.

When the above command is complete, list the contents of your .ssh directory and you should see two new key files, which in my example are susans-macbook (the private key, no extension) and susans-macbook.pub (the public key, .pub extension). 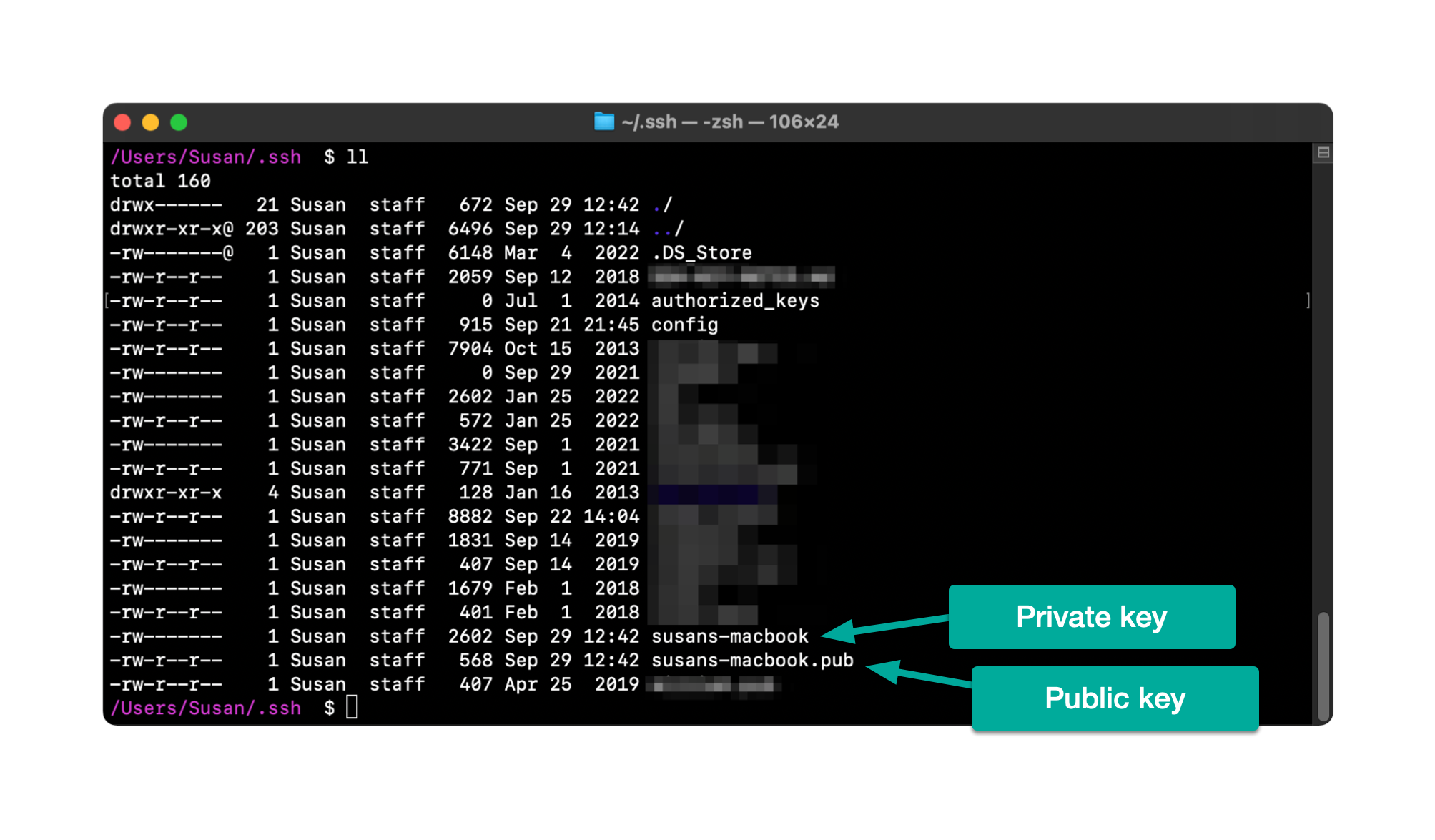 If you used a custom key name (instead of the default id_rsa), you will need to add this key name to your SSH config file so it will be used when you attempt to make an SSH connection. If you used the default name of id_rsa you can skip this step.

To do this, edit (or create if it doesn’t exist) a file called config in your .ssh directory, adding this line to the end of the file (replace susans-macbook with your key name)

Install your key on your server

Next, we need to install the public half of your SSH key pair on the server you are trying to connect to.

Alternatively, let’s imagine this isn’t an option your server provider offers - or maybe you’re working with a server that has already been created. In that case, you need to be able to log into your server in order to install the key. There are a few different ways you might accomplish this:

Once you’re logged in, you want to edit the file ~/.ssh/authorized_keys, pasting in the contents of the public key you created in the above steps.

To test your SSH keys and connection, attempt to log into your server from the computer in which you set up the keys:

If all went well, you should be connected to your server. If it fails, check out my troubleshooting guide: SSH Keys Permission denied (publickey).